Welcome to Yogiraj Home Stay. This property is Private and secured. We have Five rooms with the washrooms in each room.

Yogiraj Home Stay Located at a distance of only 5 minutes from the famous Wairy beach of Malvan,  and it is perfect for a beach holiday. Comfortable spacious room is equipped with all the modern amenities. We have Five rooms with the attached toilet bath. There is a balcony to relax in the evening.

Yogiraj  home Stay is an ideal choice for group of friends, families, kids and almost everyone who wish to stay amidst the best and pay less for it.

We are sorry, there are no reviews yet for this accommodation. 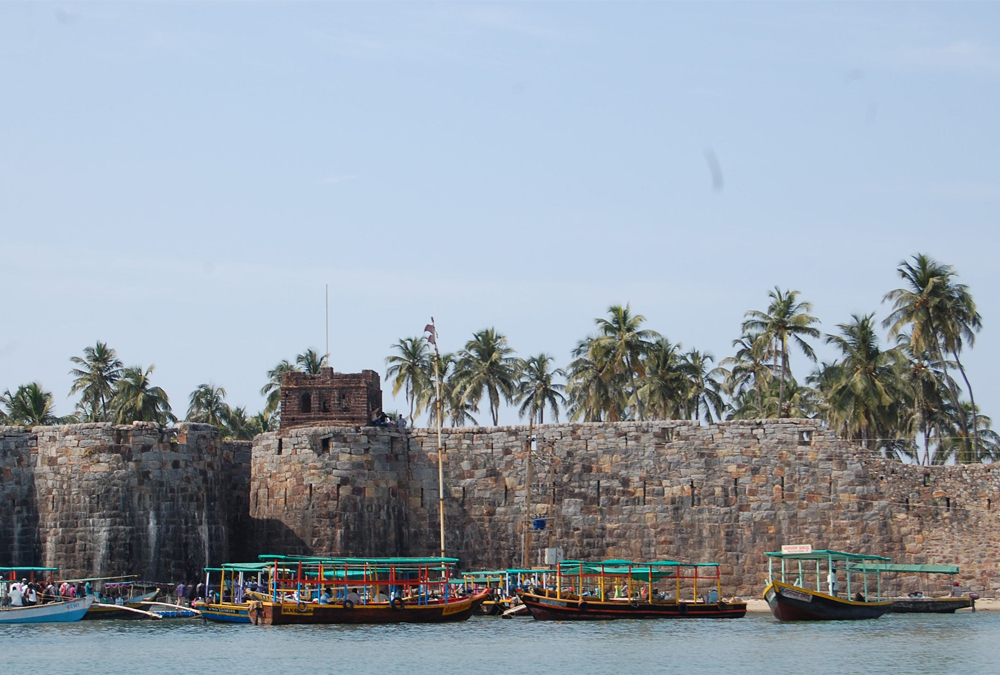 In many old books & articles some reference occurs as follows
Largely planted coconut trees (Mad) formed a grove(wan), so it named as madwan & after some years it became Malwan.

Some people says that in old days here salt was produced in large quantity. Huge salt pans were present in Malvan. Salt producers use term ‘Lavan’ for salt & term ‘Mahalavan’ is a place where you get more salt. Hence it  became Malvan

Malvan was an international port which was importing & exporting A-1 quality of goods & materials, In Marathi, goods known as ‘Maal’, Goods of A-1 quality means ‘Maal-A-1’   Hence the named ‘Malvan’.

Malvani Culture… The term culture refers to a state of intellectual development or manners. Our manners, way of communicating with one another, etc are one of the important components of our culture. A person can change his way of clothing, way of eating and living but the rich values in a person always remains unchanged because they are deeply rooted within our hearts, mind, body and soul which we receive from our culture. Our culture treats guests as god. Even though we don’t have anything to eat, the guests are never left hungry and are always looked after by the members of the family. Elders and the respect for elders is a major component in our culture. Helpful nature is another striking feature in our culture. Our culture tells us to multiply and distribute joy, happiness and share sadness, pain. Even though there are a number of people from different ethnicities and religions. Together, all of these people have unified as one, instead of separating from one another. Its a symbol of a typical diversified culture. So Malvan is cosmopolitan city. Three basic religions can be found here in Malvan. Hindu, Muslim and Christian. Though majority of the people are Hindu, the Muslims & Christian forms 30% proportion of the population. Most of the people in Malvan depends upon fishing trade & commerce. The language has got a slight variation from the official state language “Marathi”, Malvan is traditionally known for it’s unique dialect of Marathi / Konkani called ‘Malvani’. Wearing of Malvani people is simple & cultural. Jhabale (frock), Shirt,T-shirt & short pant worn by the child. The ordinary dress of Hindus for a man indoors is a dhotar (waistcloth) and a sadara or a pairan (shirt). But now days, Malvani People prefer to wear Shirt, T-shirt , full pant, trousers. A Hindu woman’s dress is the full Maratha sadi of nine yard and a short-sleeved blouse covering only about half the length of the back and hooked in front. Sari is forty-five to forty-two inches in width and it has two lengthwise borders kanth or kinar, and also two breadthwise borders, padar. The young ladies use Chudidar, salwar kameez (A loose top & loose trouser) with odhani (scarp). Women widely use gold ornaments while men rarely use it. For women, Ear ornaments such as kudi designed with pearls and of precious stones are in vogue, Ear-rings of various types are now getting into fashion. Nose-rings such as nath worn by married ladies in the left nostril. Neckless such as mangalsutras of various types, the black beads being stringed together by different pattern of gold symbolically by married ladies. Other types of necklaces are chapalahar, putalyaci-maal etc. use by married & unmarried lady. Hand ornaments such as kankane (bangles) of different patterns, Patlya (wristless) worn by women. A golden rings with pearl or precious stone wear by both men & women. The folk dance commonly known as “Koli Nritya” is always a feast to the eyes. The dance is characterized by a live fast paced rhythm based on live music. ‘Dahikala’ is a special act arranged on occasions, which is cultural activity in Malvan. Main festivals of these people are ‘Ganesh Chaturthi’, ‘Naralli Poornima’, ‘Deepawali’ & ‘Ramnavami’ . ‘Anganewadi yatra’ in february month is a famous fare of Malvan.
Read more

Select your check-in and check-out dates using the calendar below to book this accommodation.

Who is checking in?

Please select number of adults and children checking into the accommodation using the controls you see below.

The summary of your accommodation booking is shown below.